I've been documenting weekly from Sunday through Saturdays and that works well for me. It's kind of nice splitting the weekend up. It results in a few more photos than I probably would have since the weekend is split over the week rather than all in one week for me. Mind you, I haven't taken as many photos as I would like so that will be something to work on come March.

This week I added the dates directly on the photo in PSE. I really like that and will do it more since I am editing the photos before printing anyways.
That's week 7 and thanks for taking a look :)
Posted by Rosie at February 27, 2012 No comments:

Add Ons Are Up at Scrap Shotz

Add ons are up at Scrap Shotz for the March kit along with lots of brand new CHA Winter 2012 products. Check it out here.
Add ons are available to kit subscribers until March 21st so if you something you like but you are not a subscriber, consider becoming one. Kits are a great value, filled with amazing product! The March kit includes the brand new American Crafts Knock Outs border punch along with special pricing on border styles for kit subscribers.
I'll share what I decided to pick up later, right now off to get my family out of bed and ready for church!
Have a great Sunday!
Posted by Rosie at February 26, 2012 No comments:

Even though I often struggle with using this style of scrapbook paper I really like the October Afternoon Farmhouse line picked up some at Scrap Shotz . Sandy just got in the Sasparilla line as well and it's really cute!
Anyhoo...I had some photos of some roses I've had in my storage box for quite awhile and as soon as I got this paper I knew it was perfect for them! Here's what I came up with:

I misted the background with Glimmer Mist and generally kept thing simple. The banners are fussy cut from one of the sheets of patterned paper. I made a button tag with some of the buttons in the Miscellany die cuts and layered the "roses" title on a couple of miscellany die cuts. I added the Jenni Bowlin butterfly to accent the title as well.
Love how it turned out!

Just a single page layout and I am enjoying using just one page per week, it really takes the pressure off of taking photos. While I want to take more photos, I don't want to feel stressed out about it ;)

I really enjoy adding the receipts and the packaging for some Lego I bought Cole. It will be lots of fun to look back on this a few years from now.
Posted by Rosie at February 17, 2012 No comments:

I worked on this layout last month and I loved how it turned out! I used a Crafters Workshop template along with Tattered Angels glimmer mist for the background along with patterned paper and stickers from the Echo Park "Summertime" collection.

This is definitely one of my all time favorite layouts!

Thanks for looking!
Posted by Rosie at February 15, 2012 No comments:

About the only time the entire family enjoys going to the mall is when we go on vacation.  Each time we go to Scottsdale, the kids love going to Arizona Mills and if I'm being honest, I do too, wink-wink.

We went before Christmas so Santa was still installed in his castle and what an impressive castle it was!
This is completely carved out of sand. Santa's chair was carved out of sand too, a cushion for Santa's tushie was the only addition to it.

Patterned papers are Sassafrass for Studio Calico. The colours were perfect for these photos. I misted the Pink Paislee trim with Tattered Angels glimmer mist and then stamped the script with Staz On ink using a La Blanche stamp. I handstitched the border with black floss.
Love how this turned out :)
Posted by Rosie at February 14, 2012 No comments:

I began this mini album at the Scrap Shotz October 2010 crop. I was pretty much completed except for a few photos that needed to be added. I finally printed those photos and added them last week.
I take LOTS of photos during Little League season of the boys and this is the second year I have created a mini album of their season. It's a great way to use lots of those photos.  I've used the Teresa Collins Sports Edition II papers throughout.

I misted with Tattered Angels "Electric Blue" glimmer mist using a Pink Paislee mask.The stars transparency is included in the Sports Edition papers. The alphas are by Prima, I bought them at the crop, it's so handy that Sandy brings the store to the crop. Die cuts are Creative Imaginations, I picked them up on a trip to the US, hard to find nice baseball accents here.

Here are a few of the inside pages:

The stickers with the green background are by reminisce. Here is a photo of the tabs:

The mini album itself was part of a Scrap Shotz monthly kit from a couple of years ago. Yes I hoard my supplies ;) . Now the album is ready to reside in my mini-album tray on my coffee table for everyone to enjoy.

Registration for the Scrap Shotz National Scrapbook Day Crop May 5 in Calgary begins February 15!
Posted by Rosie at February 11, 2012 No comments:

With this post I am officially caught up!
Initially I was not going spend any money on official Project Life products but I changed my mind and purchased Design A and a Multipack of various page protectors. I am so glad I did now because having a framework established with the page protector has been the key to staying on task with PL and enjoying it in the process.

Here is week 4 using Design A:

I am also enjoying the one page per week format. I do want to take more photos but I am not stressing out if I don't have a bunch. So far, so good!!!
Posted by Rosie at February 08, 2012 No comments:

I remembered this photo as soon as I saw the "Kiss the Girl" phrase on the Echo Park paper from the February Scrap Shotz kit .
Love it when the layout in real life looks better than what I had planned in my head.

We've got our version of the Project 12 challenge going at Scrap Shotz this year. You can see all the details about that here. Virginia has provided us with a wonderful sketch from Valerie Salmon and the rest is up to your imagination!

Here's my layout for January:

a closer look at each page : I finally dug into my Simple Stories Yearography paper I got from Sandy and used my brand new Sew Stamper too! I'm pleased with how this turned out, it's a good start to Project 12!

We just finished another round of layout tag at Scrapshotz and all the girls rocked.it.out.

This was my contribution to the tag:

I have seen so many wonderful layouts of photos taken from the plane that I knew it was a layout I really wanted to create myself. These photos were taken on my flight back from Creative Escape in Arizona last year. I've used all October Afternoon with the addition of some twine from The Twinery, Glitz alphas and my favorite Thickers!
Click on the link above to check out what the other ladies created!
Posted by Rosie at February 04, 2012 No comments:

Woohoo!!! Today we are celebrating all the new fabulous goodies in our September Release that are NOW available in the   Kraftin' Ki... 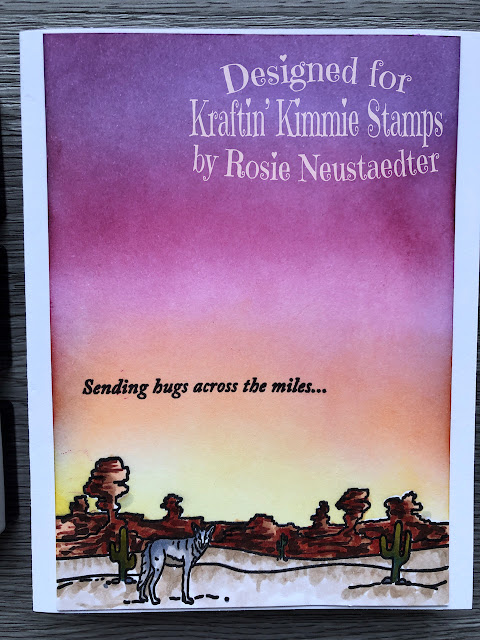